This week we decided to explore an asymmetric networked multiplayer game with a horror theme. I enjoy playing competitive games and have experience making asymmetric multiplayer games with pew. Ryan and I were both on that team so we are slightly hesitant towards this idea because it is close to something we had already done before but at the same time it could still be different enough to be fun to make. In the prototype I made you can switch between both sides of controlling a giant spider and controlling a human. In the full game there would be multiple humans fighting against a giant spider player. 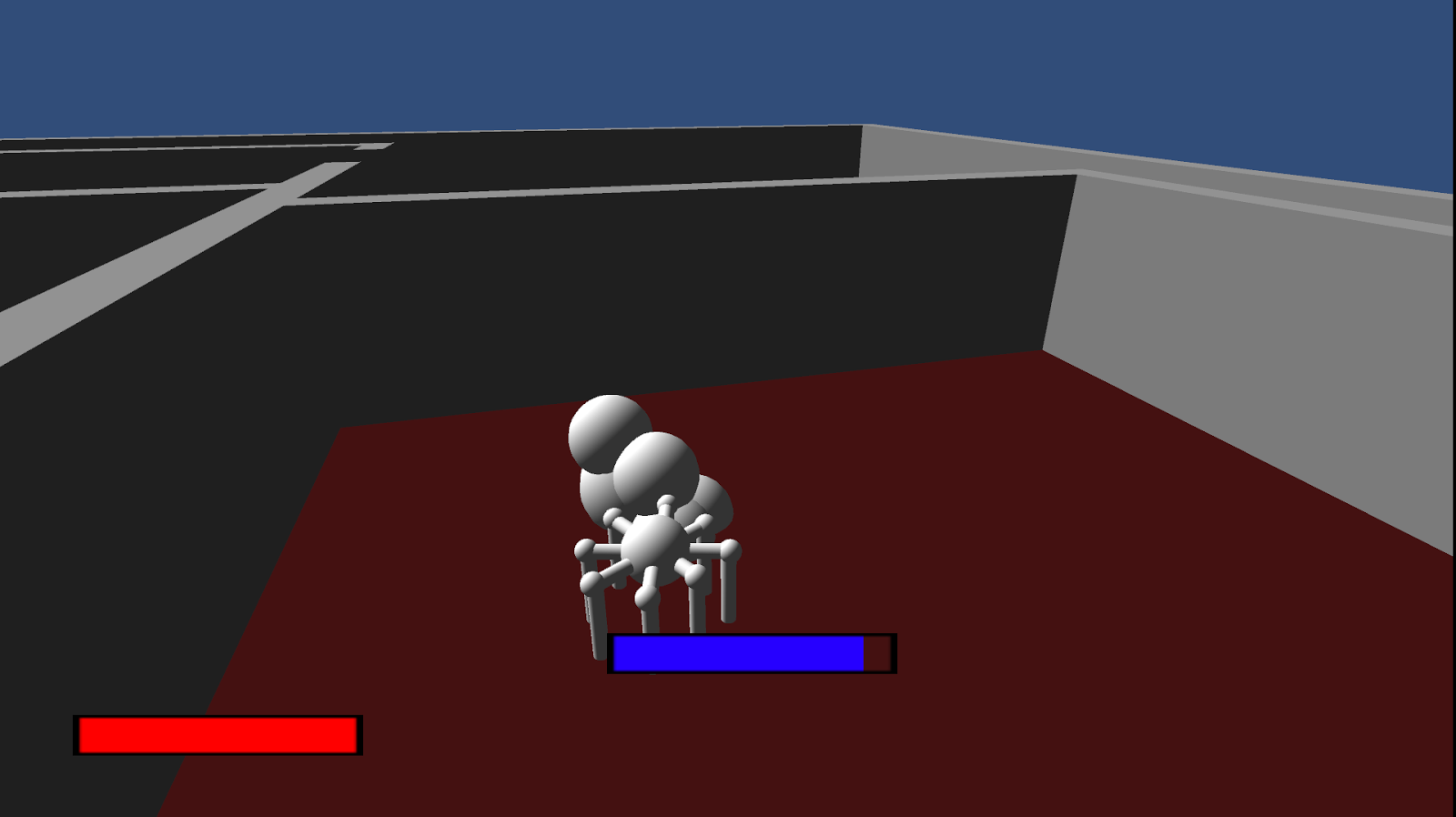 This is a screen shot of the giant spider laying an egg sack. Egg sacks spawn a smaller spider every ten seconds. The only mechanic currently worked out for this character is to lay these egg sacks. We have other ideas such as setting up webs as traps but those are not fully thought out yet. 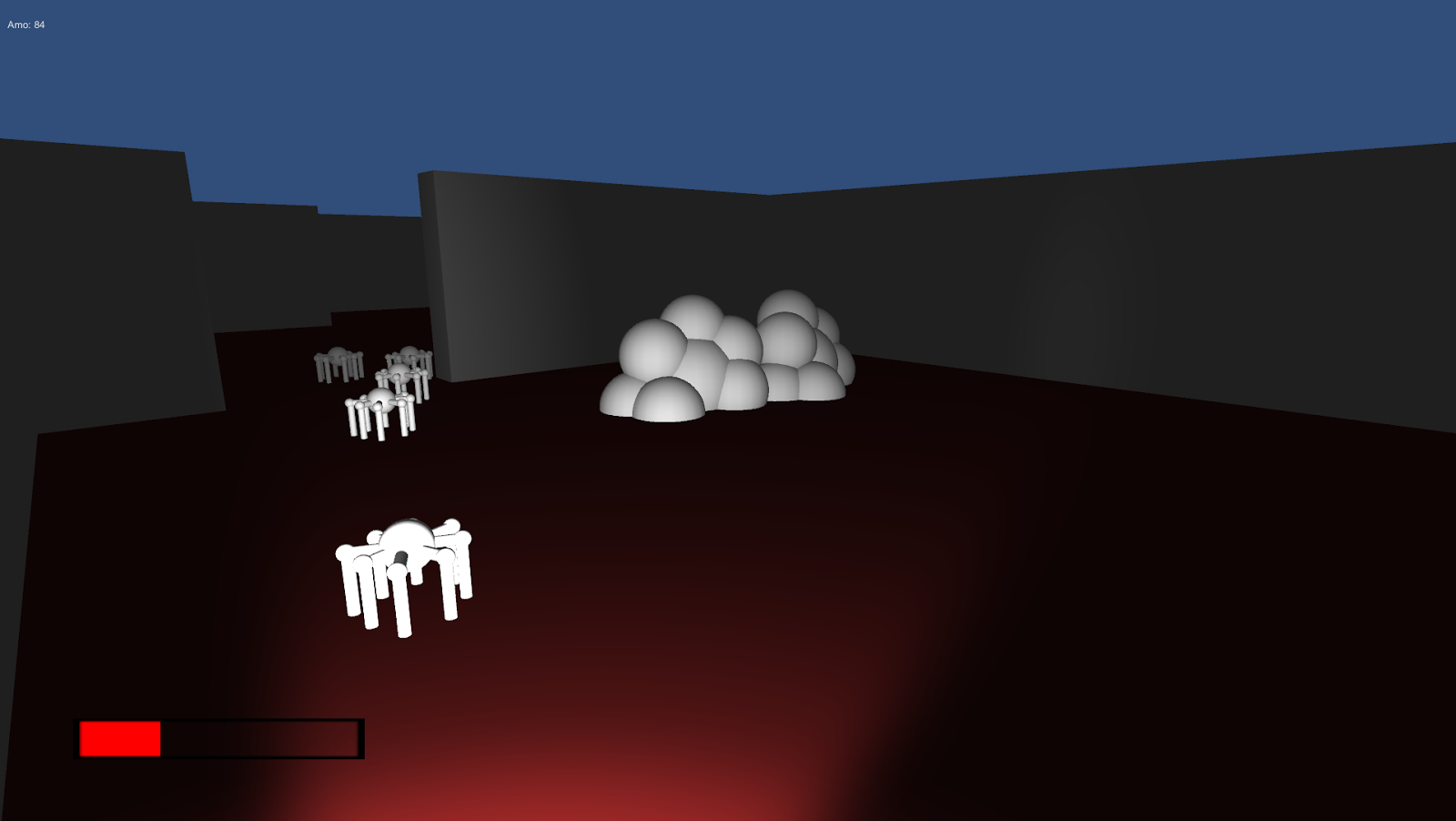 This is a screenshot of the human fighting off the horde of spiders that the giant spider just created. It is night time for this player so he has a lantern. He also has a gun with limited ammo at the moment.

Though we had fun with the conception of this idea I think we are starting to lean away from asymmetric multiplayer. One of the major issues with this idea is that it would rely heavily on the spider player knowing what he is doing for the game to play correctly. In the setting that this would be played the most, the QA labs, the players will be new to the game. It may take 3 games or so for the spider player to get it and during that time the other players aren't enjoying or truly testing the game. And by that time he will have to switch to a different game or role. Because of this and a few other reasons we have decided to take the game as a multiplayer coop against spider AI that I will get more into next week.
Posted by JacobEllenberg at 3:58 PM